Avoid expensive design failures while you can

Robust design is used to determine the impact of controllable and uncontrollable factors in your CAD model. Optimal designs tend to be “fragile” considering the variation of material properties and operating conditions. However, with a robust design analysis, you account for the variation in order to avoid cliffs of optimal performance. As a result, you can quantify the risk of product failures, avoid unpleasant surprises later in your design process and dramatically improve your product’s time to market. 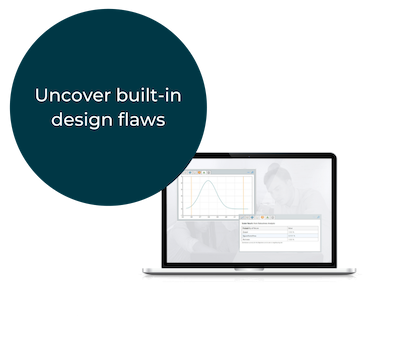 No more cold sweats after handing over your design to QA

Here is a harsh reality: when a design leaves your R&D department 80% of its cumulative lifetime costs have already been determined. The costs are “built” into the design and can be hard, if not impossible, to reduce in QA and production. Even worse, once it leaves production it can be 1,000 times more expensive to change a design compared to changing it during the design process. 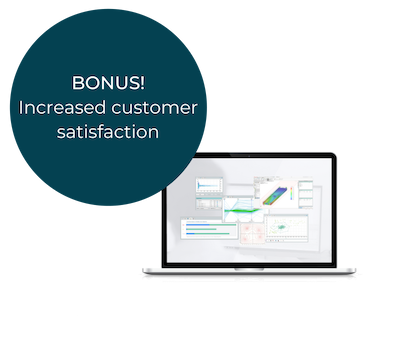 For many industrial design companies. warranty costs make up a substantial part of the accumulated product costs from cradle to grave. In some cases the warranty servicing constitute up to 10% of the costs. Like design failures, most warranty costs are “built” into the product during the design process and will therefore be a constant cost throughout its lifetime. 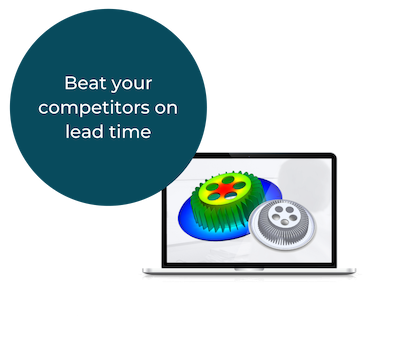 Time-to-market is essential to every company. It is the right product at the right time that wins the client – not necessarily the best product. But what is the most important measure when improving time-to-market? A stable, trouble-free production.

How to use robust design

Let’s review how to minimize product failures looking at this hook design as an example. The goal of this design optimization is to reduce its mass while keeping the stress below 200 MPa. 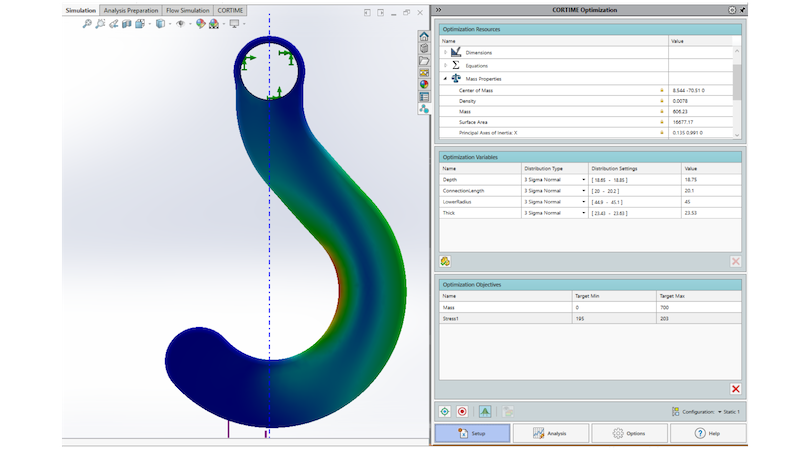 When your analysis is complete, it shows your CAD model’s failure probability (in this case 0.0285%). The failure rate, as shown in the graph, is based on a simulation that has generated over thousands of design variations. In this way, you can compare the failure rate with your best performing design and choose the design variation with the lowest failure rate. Simple as that.

“At VELUX, we are constantly striving to raise the bar in terms of product performance and usability. CORTIME’s robust design analysis can potentially reduce our development time and costs by assessing the risk of design failure early in our design process”

VELUX is one of the world’s leading manufacturers of roof windows and sky lights. They use CORTIME to improve the performance of their windows. In addition, they are looking forward to implementing robust design to their design process. All while reaping the benefits of design optimization in CORTIME.

Six Sigma has gradually become a staple in many manufacturing companies. Invented by Bill Smith at Motorola in 80s, Six Sigma is a set of tools and techniques for process improvement. In manufacturing, the sigma levels refer to the number of probable defects you will have once you start manufacturing a design. Reaching sigma level six means that only 3.4 of every million units produced statistically has a defect (compared to Five Sigma which has 233 defects per million.) Hence, Six Sigma is a proven way to meet customer needs and manufacturing capabilities.

But despite its general popularity Six Sigma methods are still underutilized in many R&D departments. Perhaps because it originated as a process optimization method, it still has ways to go in becoming mainstream in R&D. But as mentioned earlier, 80% of the cumulative lifetime costs of a product is determined by the design, which might be why experts believe that including the design process in your Six Sigma process is imperative if your organization wants to achieve more than a five sigma quality level.

Robust design and designing for Six Sigma are two sides of the same coin. By applying robust design in your design process, you enhance the probability of achieving a Six Sigma production line and thereby save costs and improve your time-to-market.