Reduce the complexity of your design

A sensitivity analysis comes in many forms and in many industries. With CORTIME, a sensitivity analysis gives you insight into your design parameters. It also gives insight into how design parameters affect each other before starting your design optimization and robust design analysis. For example, as soon as you have many variables and objectives you would like to achieve, it can be difficult to predict how the variables affect the objectives. To sum up, when you can predict this correlation, you can simplify your solution space significantly. 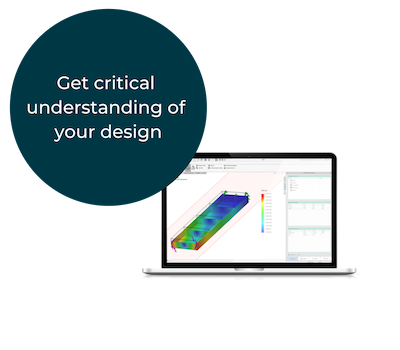 Most R&D Engineers have encountered a design where it has been difficult, if not impossible, to identify your most important design parameters. If you have a design with multiple objectives and a range of areas of your model you could modify in several ways, it is apparent that it is not an easy job to evaluate the importance of each parameter. 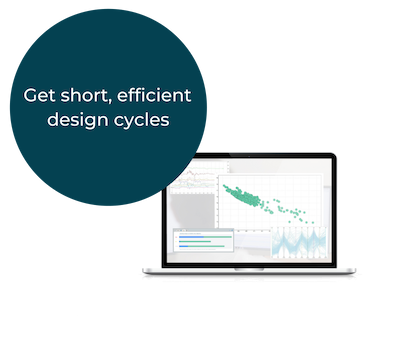 Make your optimizations as efficient as possible

In any design process time is of the essence. The faster you can get to your final design, the better. But redundant design parameters are often a needless time waster in the design exploration process, because they extend the run time of every design variation. In return, this puts limitations on how much of the solution space you have the time to explore.

By limiting the design parameters with the sensitivity analysis, you will reduce the run time of every design variation. Less run time equals faster design explorations, which essentially could give you the time to explore more design concepts. 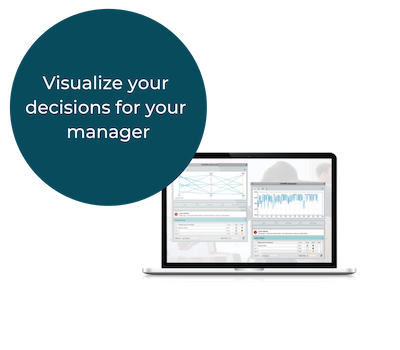 We all have them. Seemingly endless discussions in the department about how to simplify the design. The problem is that many times those discussions are a mix of experience and logic, but deep down are based on gut feelings. These gut feelings can be hard to refute, since the answer will only be found much later in the design process.

We urge you to avoid those discussions altogether and simply run a sensitivity analysis instead. This means the data will drive the discussion and leaves all your hunches at the door. That will give you more time to high-five your colleagues for making data-driven design decisions.

How to use sensitivity analysis for decision making

Let’s look at how to use it on a CAD model. The example in this video shows a heat sink from an LED lamp. The goal of the design optimization is to reduce the mass of the heat sink while keeping the temperature of the design below 76°C. To reduce the mass, the focus of our design exploration must be the size and shape of the fins. In other words, there are 5 variables concerning the fins: the shape of the fillet, the thickness, the depth, the length and the number of fins. So, you might have an idea of which variables are the most important. But determining to what extent mass and temperature affect each variable is still unclear. If, on the other hand, you run the DoE algorithm in CORTIME, your sensitivity analysis will automatically be ready in the task pane.

Each variable has a correlating bar. In this case, the bars are divided into the colors blue and green. Blue indicates the mass, while green represents the temperature. To clarify, you now have a statistical overview of how your objectives affect the variables.

With the help of a sensitivity analysis, you will have a much better understanding of the relationship between your variables and objectives. In addition, you can now remove any variable in your design optimization that does not affect your design exploration overall. As a result, your optimization runs faster and more efficiently.

How does a sensitivity analysis work?

It starts with Design of Experiments…

The basis of a sensitivity analysis is Design of Experiments – also called DoE. A DoE is useful, because it gives you a quick overview of how your CAD model can be improved. This without having to run a simulation on each design variation. The purpose of the DoE algorithm is to sample as much of your solution space as possible. This allows you to get as few data points as possible.

…and ends with a sensitivity analysis